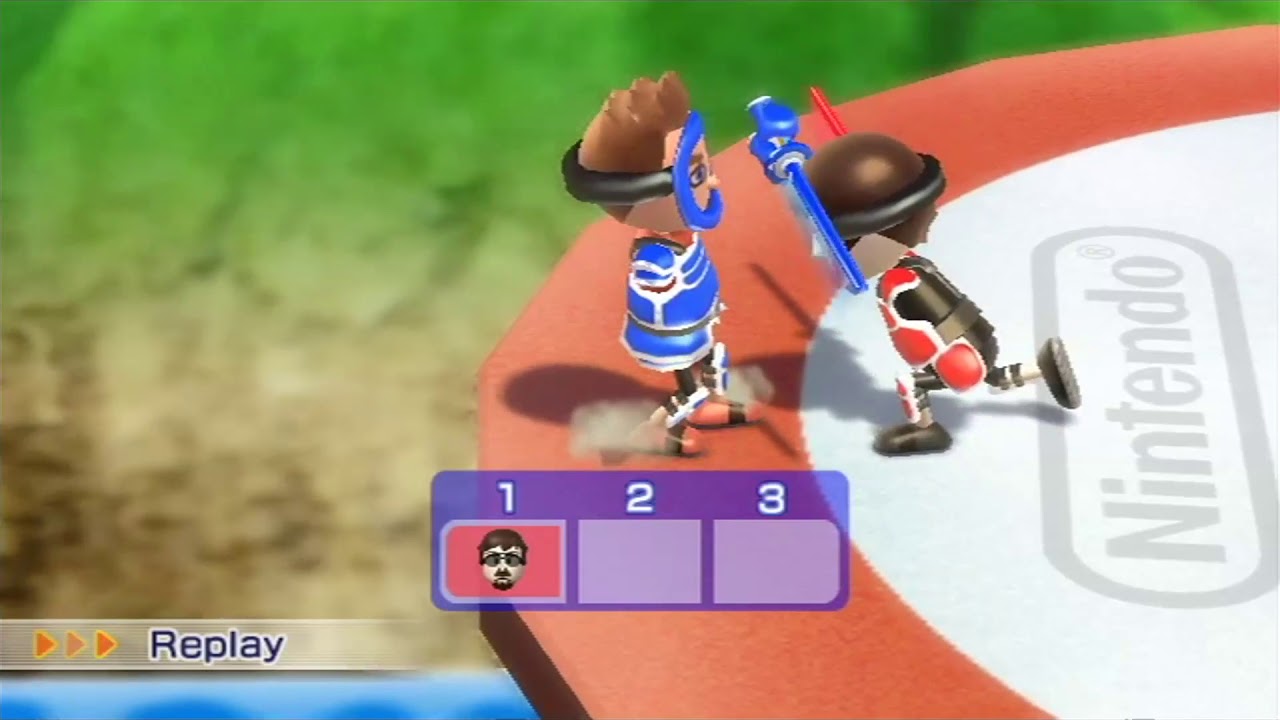 This is a capture of me and a friend playing the Swordplay Duel mode of Wii Sports Resort for the Wii. This was recorded directly from my Wii (not the Wii U). I’m player one and Peter is player two.

It’s finally time for me to start uploading one of my favorite Wii games: Wii Sports Resort. I was a huge fan of the original Wii Sports and the Wii’s innovative motion controls, so when Nintendo later announced the Motion Plus add-on and a Wii Sports sequel in 2008, I got really excited. I actually managed to play Wii Sports Resort at E3 2009 shortly before the game was released, although I think I may have only played the Wakeboarding mode.

I later purchased Wii Sports Resort on its release date in 2009 and invited my friends Peter and Luke to join me in trying the game. We probably tried every single mode in the game and had an absolute blast. Some of the multiplayer modes were surprisingly fun such as cycling and canoeing. But our biggest staples were probably golf, Frisbee and bowling.

Wii Sports Resort had absolutely amazing content and excellent controls. In fact, the controls were so good that I found it hard to go back to the original Wii Sports after using Motion Plus. This made me excited to play additional Motion Plus games, so I eventually picked up other titles such as Red Steel 2, Grand Slam Tennis and Wii Play Motion, not to mention The Legend of Zelda: Skyward Sword.

Wii Sports Resort is endlessly replayable and as a result, it’s one of my favorite Wii titles. My only complaint is that Nintendo didn’t include an upgraded version of Tennis from the original Wii Sports, but Table Tennis was still a nice addition.

In this video Peter and I fought each other in the two-player Swordplay Duel mode, which was loads of fun.

Recorded with the Hauppauge HD PVR and the Wii’s component cables at 60 frames per second.