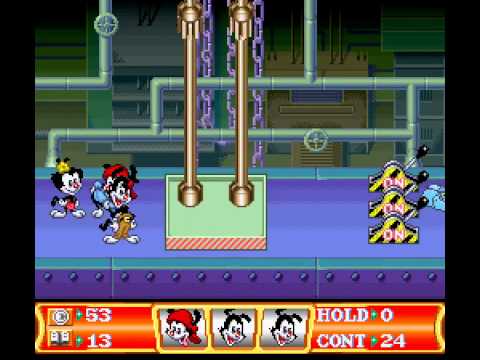 Game based on Animaniacs series with 3 characters: Yakko (the oldest) is a chatterbox, Wakko (preadolescent) has a big appetite and his bag of tricks, and Dot (the little one) is a girl who uses her charm and cuteness on who appears in the middle of the road. These brothers were raised as stars of the animated films from Warner. They were so crazy that ended up living in a water tower. The villains Pinky and Brain want to rule the world through film and stole the scripts of a film and Animaniacs are responsible to get them before they change the general script and cast on their behalf… Noteworthy is the huge number of references to famous films. This longplay was done taking all the scripts!