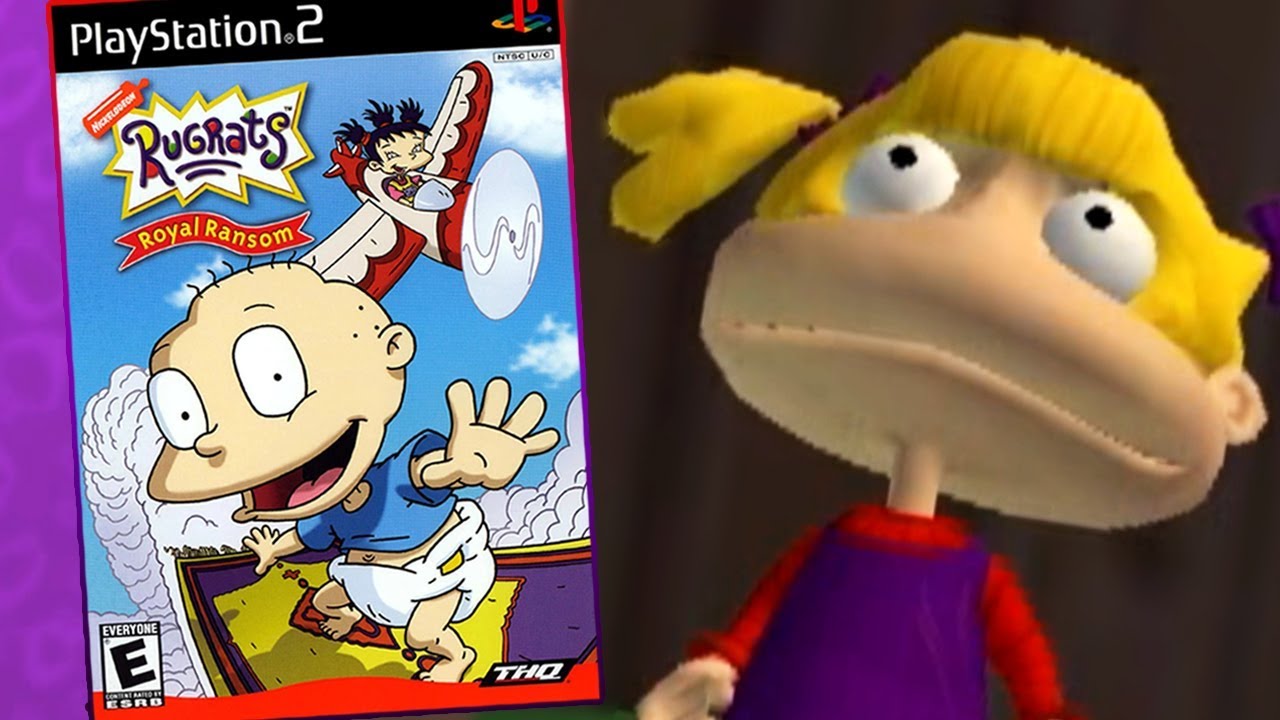 What could possibly be worse than an absolutely terrible game with no redeeming qualities? Well in my opinion, a forgettable game that is neither good nor bad. At least the terrible games make me laugh. Rugrats: Royal Ransom has got to be one of the most boring platformer ‘action-adventure’ titles I’ve ever played. In fact, it was so dull I couldn’t be bothered to finish it all…

Rugrats: Royal Ransom is an action-adventure game developed by Avalanche Software and published by THQ for the PlayStation 2 and GameCube. The game was released on November 26, 2002, and is based on the Rugrats television series, which aired from 1991 to 2004 on Nickelodeon. The game’s plot is loosely based on Rugrats: Castle Capers. It is also the last Rugrats video game to be released for home consoles as well as the only game released for the GameCube and PlayStation 2.

Tommy’s father, Stu Pickles, invents what he calls the Play Palace 3000, which is a giant expanding tower filled with rooms for the children to play in. Stu leaves to go buy the finishing touches, duct tape and paperclips, and asks Lou to watch the kids. As always, Lou falls asleep. The babies begin to play on the Play Palace 3000, but Kimi notices that Angelica is at the top of the tower. Angelica assumes control of the backyard as queen, and forces the babies to obey her, stealing all of their toys in the process.

Shane Satterfield of Extended Play gave the PlayStation 2 version a rating of 2 out of 5, and wrote that the game’s characters “all control exactly the same and have the same abilities. And that’s not saying much because they do very little. Despite the fact that there are just three moves to perform, the jumping mechanism is difficult to come to grips with and a plethora of invisible walls makes navigating the environments a chore. The simple minigames will please the young ones, and they give the game a sense of variety, but they’re far too simple for parents to appreciate.”

Satterfield praised the character animations, but wrote that, “The environments are incredibly simple and feature textures that repeat constantly. While you have free control of the camera, it rarely cooperates with your commands and the default angle shows far too much of the ground and not enough of the terrain in front of you. When you do try to get a good look at the environments, the graphics engine slows to a crawl and teeters on the edge of crashing.” Satterfield concluded that the game’s “erratic jumping controls and annoying camera issues will ensure that even the little ones will become frustrated.”