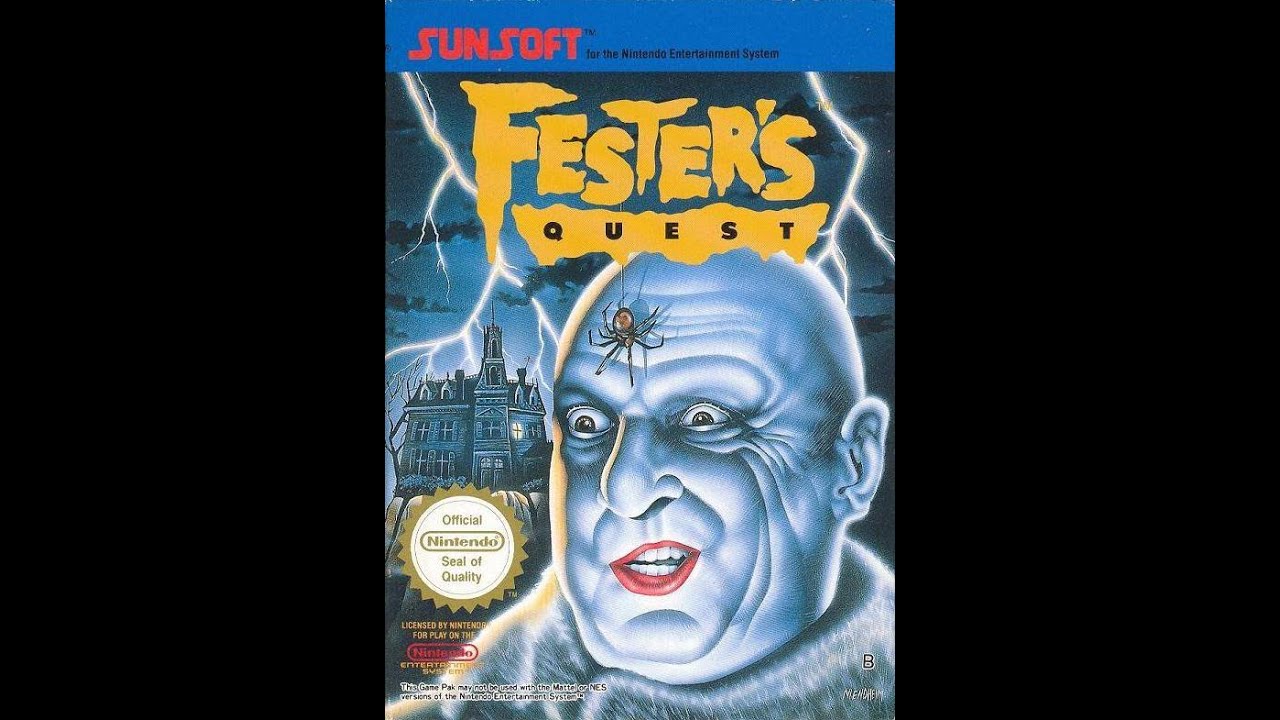 This is a video walkthrough / playthrough / runthrough / etc of the NES game Fester’s Quest.

It’s a bit odd if you want to consider this part of the Addam’s Family series, but it is. I don’t ever recall watching an episode where alien dinosaurs (or whatever they were) invade the city and Uncle Fester goes to save the day, but here it is….

I do start out the game by maxing out the gun as you’ll see by the fading out / in spot, and from there I go to various houses, collecting items and whatnot and having Fester save the day. You’ll notice I only go for the blue gun/whip powerups, since the red/orange ones actually downgrade your weaponry, so beware of that if you ever decide to play the game.

As far as I can tell, there are only two life upgrades, which I get. One is via that hidden wall in the building I go into early on, and one is by going inside the Addam’s mansion via the secret entrance through the bushes (and then into the house with the little musical interlude takes place). I’m pretty sure those are the only ones in the game.

As far as getting to the bosses from inside the buildings, I’m quite thankful there were maps online I could use. Some of the later ones can be a bit tricky and you could easily get lost in. And speaking of bosses, I’m not sure if what I did was the best thing to do or not, but the strategies worked. There might be some things you could do to make things go quicker, but I get the job done eventually. The final boss was a piece of cake, especially when you don’t waste those invisibility potions and missiles.

I do suggest saving those nooses for the spaceship like I did. Some of those enemies can be rather nasty and I’d rather just have Lurch take care of them while I walk through that maze…