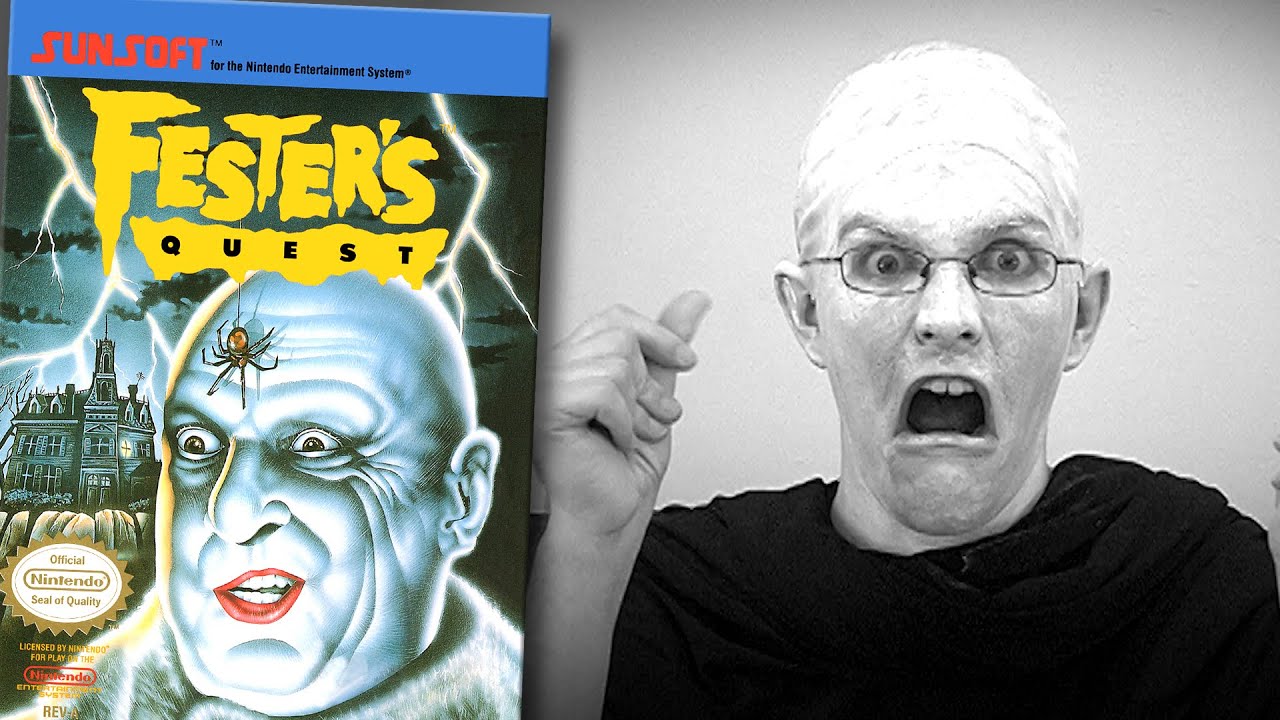 Creepy and spooky don’t seem to cut it, as the Nerd reviews two bad games based on The Addams Family, made for the NES and Genesis. This is Angry Video Game Nerd Episode 34.

Na Na Na Na…Snap, Snap. We all know what this is. Yes the theme to the classic 1960’s television series “The Addams Family”. The classic show starred John Astin as Gomez Addams and his spooky wife Morticia and their children Pugsley and Wednesday. The show ran for 2 seasons with 64 episodes and in the 90’s saw a very successful reboot on the big screen. The Addams Family and Addams Family Values were both a box office success and starred the late Raul Julia, Angelica Houston, Christopher Lloyd and a young Christina Ricci. There was even a Saturday morning cartoon.
As with any movie franchise in the 90s The Addams Family also saw itself put into a game and with mixed results. There were several versions on SNES and Genesis released by Ocean. In this episode the Nerd takes a look at The Addams Family on Sega Genesis based very loosely on the first movie and pays homage to the series by being every member of the Addams himself.
Firstly, the Nerd takes a look at the video game that started it all, even before the movie reboots. In 1989 Sunsoft created the abomination known as Festers Quest. With such a good source material like Addams Family, it should be easy to make a spooky and altogether ooky game experience, right? Wrong. Fester is fighting aliens. What?